Providing support for medical doctors since 1911.

Since 1911, we have been supporting medical doctors as a central contact point in organisational affairs. Thanks to its long-term history and excellent contacts with the medical profession, the Ärztezentrale embraces the following specialised departments:

The Ärztezentrale für Ferngesprächsübermittlung was founded in 1911 as a special telephone service for doctors. Since then, a broad scope of services has evolved – ranging from a 24/7 telephone exchange and printing of any kind of printed matters to support in organising national/international conferences and specialised exhibitions. A family enterprise in its fourth generation, the Ärztezentrale today comprises the following firms and services:

Dr. Wilfried Rodler established the first private telephone network for physician members in Austria, the Ärztezentrale für Ferngesprächsübermittlung, to be taken over by his daughter Maria Rodler later on. In the 1940s, a “Doctors’ Club” was set up in Vienna’s Palais Ferstl as an information platform for doctors.

Together with the Austrian Chamber of Commerce, the Ärztezentrale arranged the first medical conferences in the post-war period, including an Austrian doctors convention at the Mozarteum in Salzburg (September 1948) and an exhibition for public health at the Vienna Stock Exchange (March 1949).

In 1945, the Medizinische Informationsdienst (“Medical Information Service”) was initiated, a medical publisher and information platform for doctors, which subsequently was expanded and renamed Medizinische Ausstellungs- und Werbegesellschaft (MAW), continuing to be a specialist in advertising and organising exhibitions for national and international medical conferences.

Secretarial services for the doctor including 0 - 24 o'clock telephone operators

Business premises in downtown Vienna in the Schottenhof
Opening hours in December:
Mon to Thu
8:00 - 18:00 Uhr
Friday
8:00 - 17:00 Uhr
Public holidays
closed
We look forward to seeing you!
Your "Druckerei in der City"

Located in the Schottenhof in the heart of Vienna’s centre, the Druckerei in der City provides competent and accommodating assistance for its customers in the selection, design and individualised printing of the following forms and accessories: 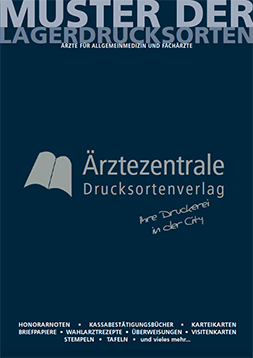 Samples of bearing pressure grades for general practitioners and specialists 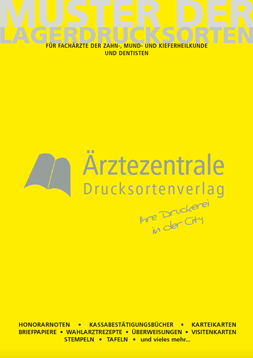 Samples of bearing pressure types for dentists, oral and maxillofacial specialists and dentists

Samples of the storage pressure types for veterinarians Adressenverlag – the address publisher specialized in the field of medicine

From address management to the production of mass postal items

The Adressenverlag is proud to work quickly, precisely and also to very tight schedules to perform the following services for its customers:

Complete processing or support from planning to coordination on site

We support medical associations in organising and executing conferences in Austria. Do not hesitate to contact us for an individual and detailed offer – for overall as well as for partial implementation: